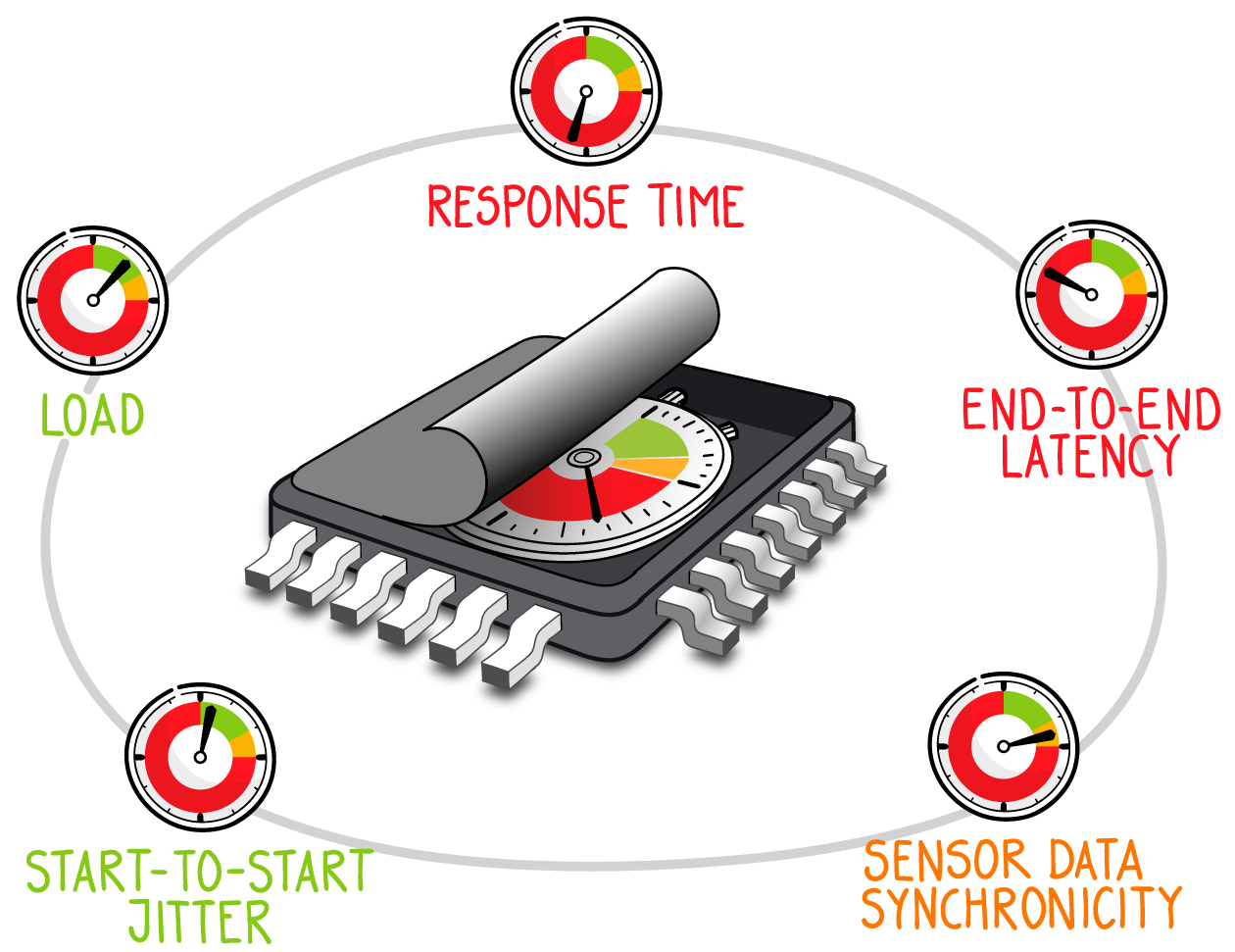 How Do I Know I Have Timing Issues?

Timing problems are not found; timing problems find you. In automotive applications, especially those of high complexity, they actually seem to appear as issues with the system’s functionality. System integrators describe them in stories about lost CAN data, or data that seems to be received twice. Others relate how seemingly random failures occur on some ECUs, but always after a set period of time of several minutes.

Over the years, INCHRON has supported its automotive customers in resolving such issues, and none of them has been to shown to be due to a random failure. Instead, each can be perfectly defined and related back to some timing related issue, allowing it to be reproduced. Lack of synchronization in the time base between ECUs, poor scheduling choices in the operating system, or too high a processor load during a critical moment on a core of a multi-core processor: all these reasons and more result in what look like functionality issues but, in reality, are timing issues.

Timing issues are exceptional hard to find because they disguise themselves as functionality issues. Here we review some problems seen in system functionality that turned out to be timing issues:

Signs That the Development Process Has Not Fully Considered Timing Implications

Automotive project teams can quickly determine the requirements for their application from a functional perspective, but often have trouble when it comes to defining timing requirements. The opinion is often that timing requirements cannot be defined before the software is created. If timing requirements appear at all, they are often limited to the most simple of statements. Functional issues that later turn out to be timing issues will be found during software and system integration when:

If you would like to find out more, why not get in touch with our team to discover how we can help?